Inspired by Game of Thrones

A thrilling and suspenseful story, which takes place inside an alchemy laboratory, in the dungeons of the King’s Landing!
Book now

The decor inside this escape room in Brasov is great, with lots of elements and clues that must be used to complete the mission. Everything is designed to fully recreate the atmosphere of the Game of Thrones. Although it’s a Game of Thrones-themed escape room, you can solve all the puzzles even if you haven’t watched the series.
It was a great escape room experience and I would recommend it to anyone who likes puzzles and challenges. 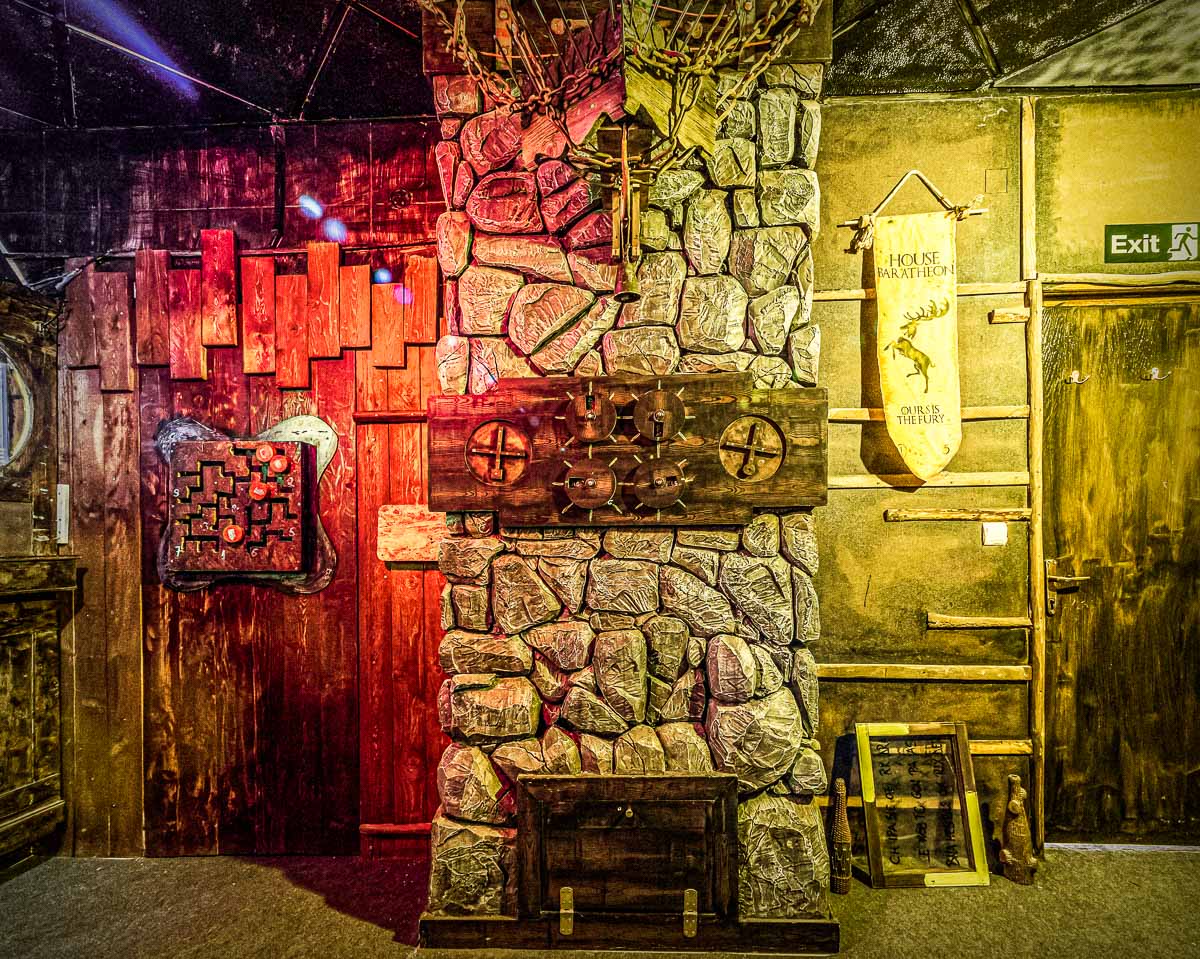 The King’s Landing is under siege. The largest fleet ever seen is approaching soon and we do not have enough soldiers to repel the attack.

The only chance to destroy the enemy fleet is to use a magic potion, called Wildfire, which melts everything in its path, even on water. The potion is somewhere in the city’s alchemy lab, but no one knows exactly where.

The fate of the city is in your hands. Enter the lab and find the Wildfire in time!

*Kids up until 14y.o. have to be accompanied by an adult on the duration of the game.

PRICES ESCAPE ROOM BRASOV
Payment will be made on the spot, CASH or by CreditCard

Online reservations can be made up to 2 hours before the start time of the game.
For last-minute bookings please contact us by phone at

Please arrive at the location 10-15 minutes before the start of the game!